Sadly, we've already reached the end of fast triple-speed TH01 progress with 📝 the last push, which decompiled the last segment shared by all three of TH01's executables. There's still a bit of double-speed progress left though, with a small number of code segments that are shared between just two of the three executables.

At the end of the first one of these, we've got all the code for the .GRZ format – which is yet another run-length encoded image format, but this time storing up to 16 full 640×400 16-color images with an alpha bit. This one is exclusively used to wastefully store Konngara's sword slash and kuji-in kill animations. Due to… suboptimal code organization, the code for the format is also present in OP.EXE, despite not being used there. But hey, that brings TH01 to over 20% in RE!

Decoupling the RLE command stream from the pixel data sounds like a nice idea at first, allowing the format to efficiently encode a variety of animation frames displayed all over the screen… if ZUN actually made use of it. The RLE stream also has quite some ridiculous overhead, starting with 1 byte to store the 1-bit command (putting a single 8×1 pixel block, or entering a run of N such blocks). Run commands then store another 1-byte run length, which has to be followed by another command byte to identify the run as putting N blocks, or skipping N blocks. And the pixel data is just a sequence of these blocks for all 4 bitplanes, in uncompressed form…

Also, have some rips of all the images this format is used for: 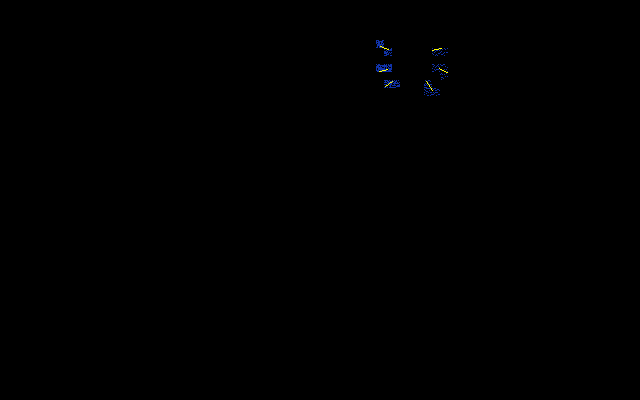 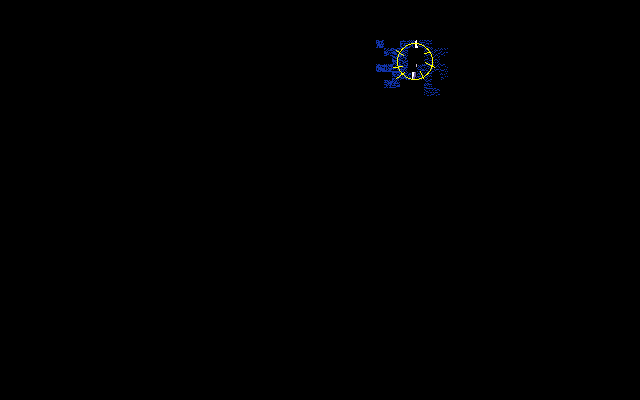 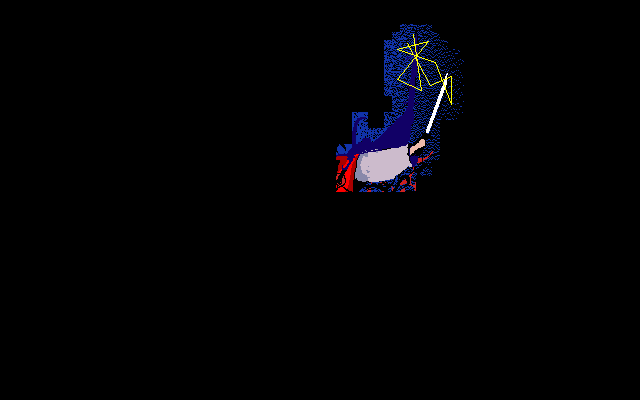 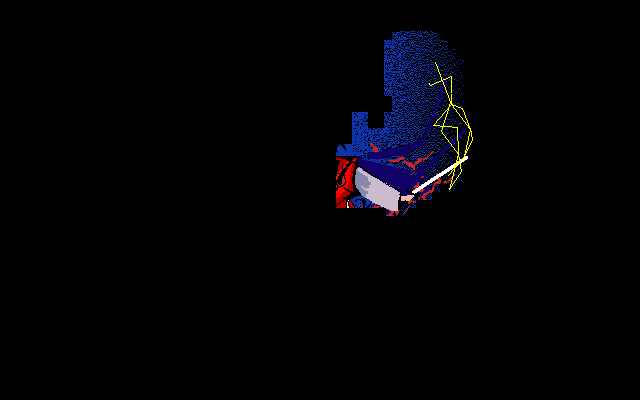 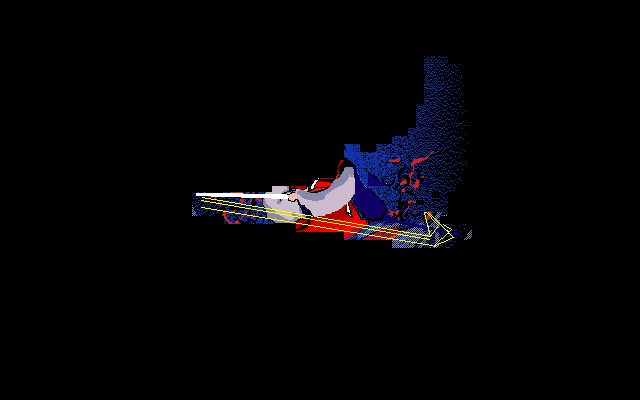 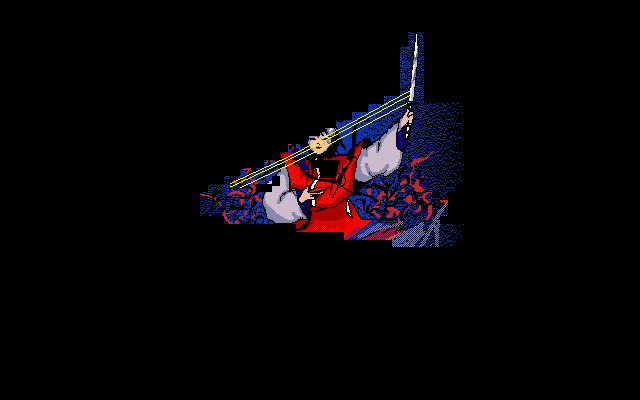 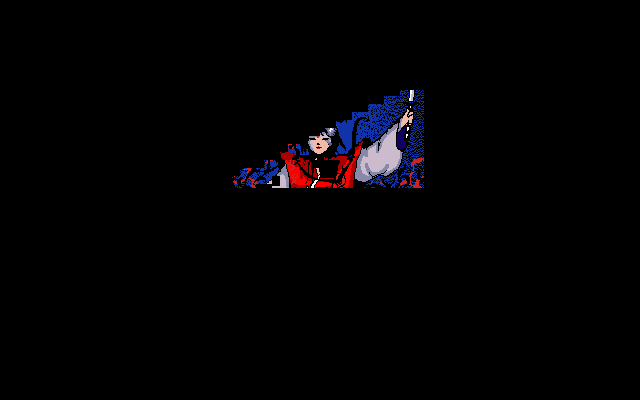 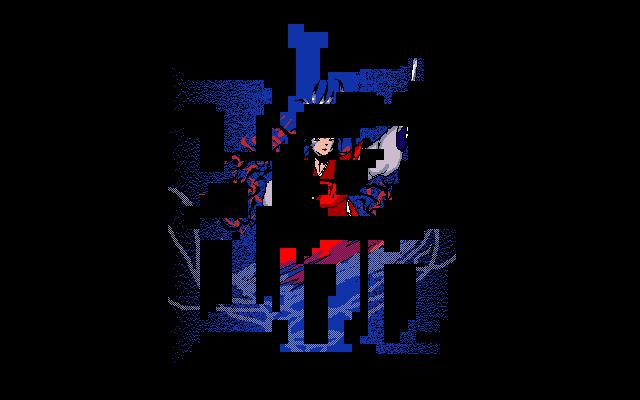 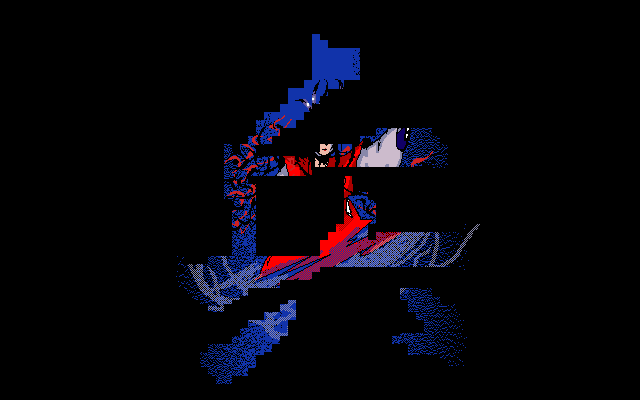 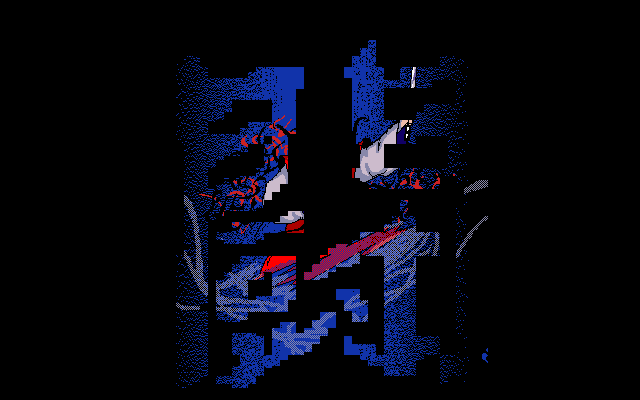 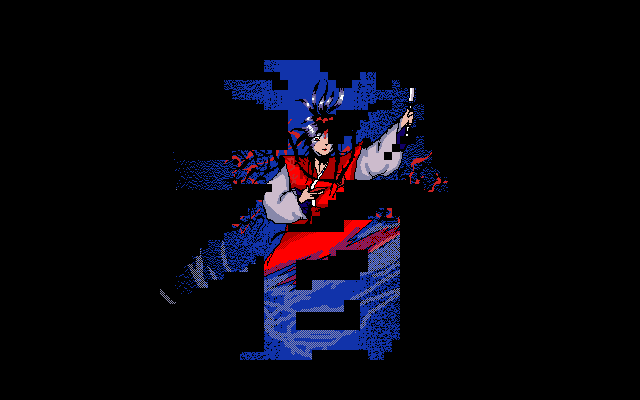 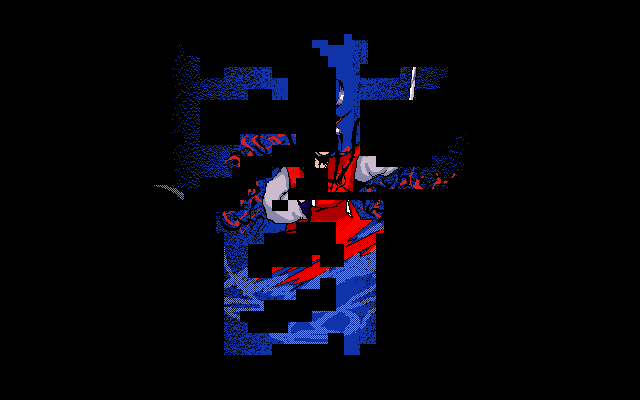 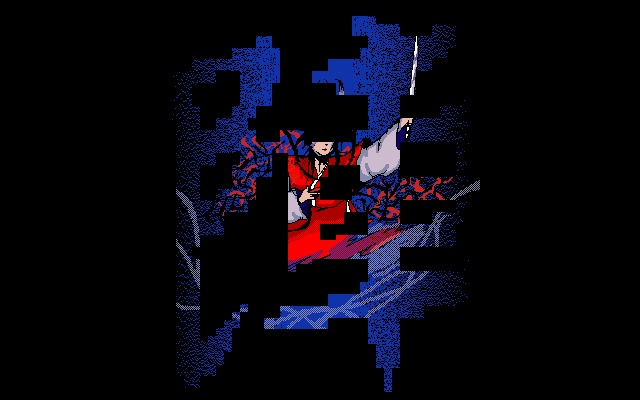 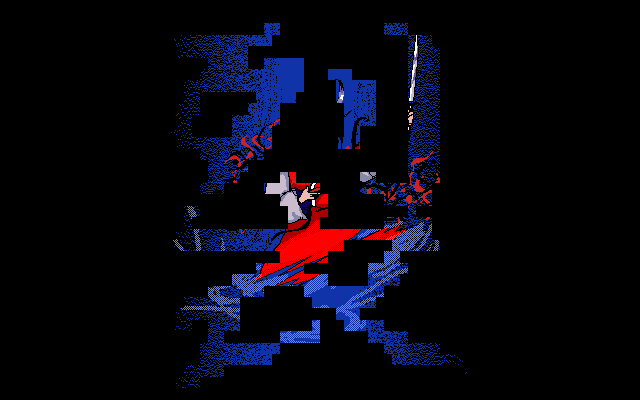 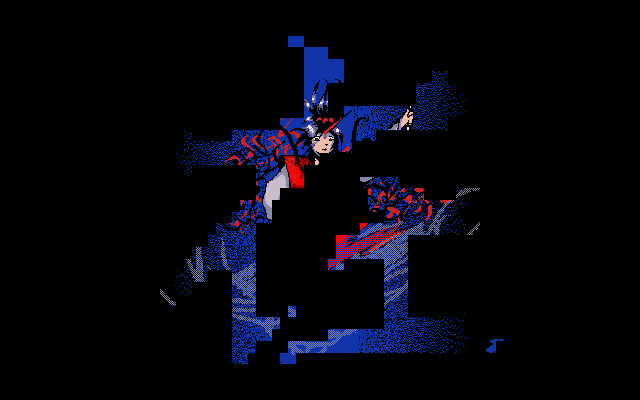 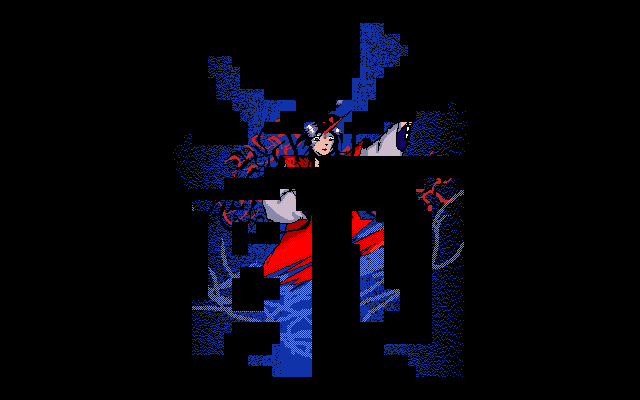 To make these, I just wrote a small viewer, calling the same decompiled TH01 code: 2020-03-07-grzview.zip Obviously, this means that it not only must to be run on a PC-98, but also discards the alpha information. If any backers are really interested in having a proper converter to and from PNG, I can implement that in an upcoming push… although that would be the perfect thing for outside contributors to do.

Next up, we got some code for the PI format… oh, wait, the actual files are called "GRP" in TH01.