Alright, back to continuing the master.hpp transition started in P0124, and repaying technical debt. The last blog post already announced some ridiculous decompilations… and in fact, not a single one of the functions in these two pushes was decompilable into idiomatic C/C++ code.

As usual, that didn't keep me from trying though. The TH04 and TH05 version of the infamous 16-pixel-aligned, EGC-accelerated rectangle blitting function from page 1 to page 0 was fairly average as far as unreasonable decompilations are concerned.
The big blocker in TH03's MAIN.EXE, however, turned out to be the .MRS functions, used to render the gauge attack portraits and bomb backgrounds. The blitting code there uses the additional FS and GS segment registers provided by the Intel 386… which

Apparently I'm the first one to even try doing that with this compiler? I haven't found any other mention of this bug…
Compiling via assembly (#pragma inline) would work around this bug and generate the correct instructions. But that would incur yet another dependency on a 16-bit TASM, for something honestly quite insignificant.

What we can always do, however, is using __emit__() to simply output x86 opcodes anywhere in a function. Unlike spelled-out inline assembly, that can even be used in helper functions that are supposed to inline… which does in fact allow us to fully abstract away this compiler bug. Regular if() comparisons with pseudo-registers wouldn't inline, but "converting" them into C++ template function specializations does. All that's left is some C preprocessor abuse to turn the pseudo-registers into types, and then we do retain a normal-looking poke() call in the blitting functions in the end. 🤯

Yeah… the result is batshit insane. I may have gone too far in a few places…


One might certainly argue that all these ridiculous decompilations actually hurt the preservation angle of this project. "Clearly, ZUN couldn't have possibly written such unreasonable C++ code. So why pretend he did, and not just keep it all in its more natural ASM form?" Well, there are several reasons:

Unfortunately, these pushes also demonstrated a second disadvantage in trying to decompile everything possible: Since Turbo C++ lacks TASM's fine-grained ability to enforce code alignment on certain multiples of bytes, it might actually be unfeasible to link in a C-compiled object file at its intended original position in some of the .EXE files it's used in. Which… you're only going to notice once you encounter such a case. Due to the slightly jumbled order of functions in the 📝 second, shared code segment, that might be long after you decompiled and successfully linked in the function everywhere else.

And then you'll have to throw away that decompilation after all 😕 Oh well. In this specific case (the lookup table generator for horizontally flipping images), that decompilation was a mess anyway, and probably helped nobody. I could have added a dummy .OBJ that does nothing but enforce the needed 2-byte alignment before the function if I really insisted on keeping the C version, but it really wasn't worth it.

Now that I've also described yet another meta-issue, maybe there'll really be nothing to say about the next technical debt pushes?

Next up though: Back to actual progress again, with TH01. Which maybe even ends up pushing that game over the 50% RE mark? 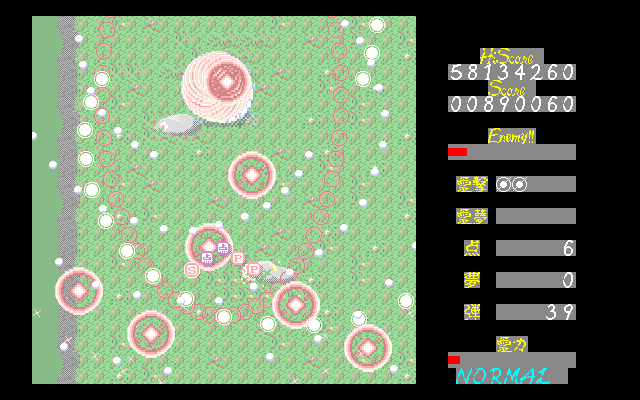